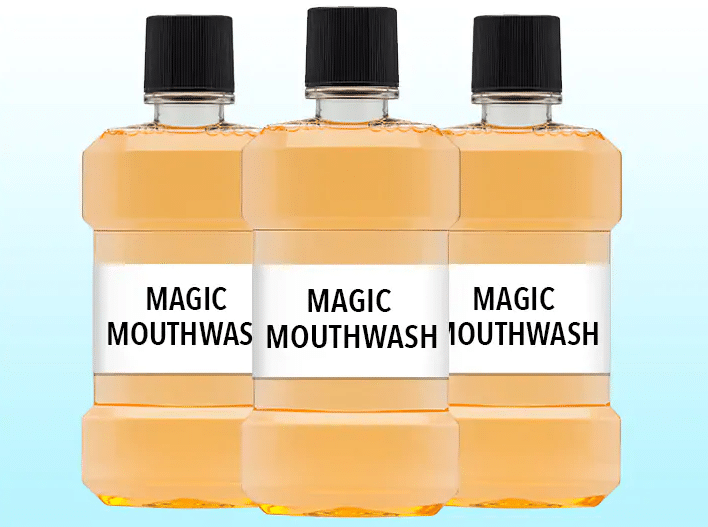 There are several kinds of mouthwash, which may account for the different names. Each has slightly different ingredients in varying amounts. What they have in common: They’ve medicated mixes in liquid forms, like regular mouthwash.

Both adults and children can use mouthwash. It’s a common treatment for a sore mouth. You may get mouth sores or blisters because of cancer treatments or an infection. This condition is called oral (mouth) mucositis.

There is no standard formula for Magic Mouthwash. It’s like trying to find the “best” chili recipe; you will find many!

When the pharmacy gets a prescription for Mouthwash, the pharmacist makes each one (“compounds”) according to the prescribing physician’s instructions or recipe.

Many health care providers know about Mouthwash, but assume there is ONE formulation, and don’t know the exact ingredients or proportions. When a prescription for Mouthwash is given to a patient, it must contain specific ingredients, amounts, and patient instructions, so the pharmacist knows which one to make.

Here are some of the more common adult formulations.

Sig: Swish, gargle, and spit one to two teaspoonfuls every six hours as needed. May be swallowed if esophageal involvement.

Sig: Swish, gargle, and spit one to two teaspoonfuls every six hours as needed. May be swallowed if esophageal involvement. Shake well before using.

Sig: Swish, gargle, and spit one to two teaspoonfuls every six hours as needed. May be swallowed if esophageal involvement. Shake well before using.

Sig: Swish, gargle, and spit one to two teaspoonfuls every six hours as needed. May be swallowed if esophageal involvement.

mouthwash is a mixture of medicines. There are several different formulas for making this mixture. They typically contain:

mouthwash contains strong medications. The Mayo Clinic advises that it can make some mouth symptoms worse. Like other drugs, it may also have side effects.

It can also cause side effects such as:

The side effects of magic mouthwash usually go away on their own a few days to a few weeks after you stop using it.

Magic mouthwash is the term given to a solution used to treat mouth sores (oral mucositis) caused by some forms of chemotherapy and radiation therapy.

Oral mucositis can be extremely painful and can result in an inability to eat, speak, or swallow. mouthwash may provide some relief, but it’s unclear how effective it is. That’s because of the lack of standardization in the formulations of mouthwash, and poorly designed studies done to gather data.

There are several versions of mouthwash. Some are available in pre-measured kits that can be mixed together by pharmacists, while others are prepared to order by a pharmacist. If it’s determined that mouthwash might be helpful, your doctor will write a prescription.

Here are 10 tips that can help manage & treat oral thrush:

Bump On Roof Of Mouth 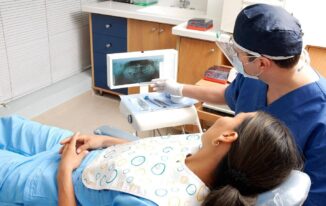 How Much Does a Cosmetic Dental Procedure Usually Cost? 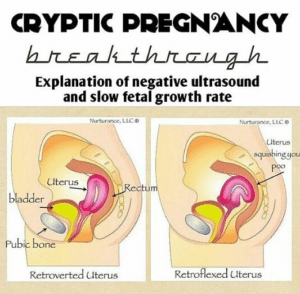 What Is A Cryptic Pregnancy? Explain